There's a scene in the film of The Krays (1990), where Steven Berkoff, as George Cornell, is infuriated due to the fact that the only name he is hearing on the street is the surname of the twins, Ronnie and Reggie, and the respect it has. In addition, at the start of 2012, that is exactly how I felt when I kept on hearing the name of Stephen Moffat and the media labelling him as genius.

The reason for the media's excitement is due to the fact that Moffat had apparently brought Sherlock Holmes into the 21st Century, BBC 1's Sherlock. This of course is not an original concept, as borne out by the fourteen film versions starring Basil Rathbone (Sherlock Holmes) and Nigel Bruce (Dr Watson). Only two  'The Hound of the Baskervilles and ''The Adventures of Sherlock Holmes' were set in Victorian England, the remaining were set in the then contemporary times. Moreover, we even had Holmes fighting the Nazis.


The media marvelled, especially The Radio Times, who week in and week out, kept telling the world how marvellous Sherlock is.

Why am I so irritated? I am of course a huge Sherlock fan but for me apart by setting Sherlock in modern times and adding a few new twists to the plot, I fail to see any originality.

Look at it this way, if some musicians, who had reasonable but not tremendous success and knew their way round the studio, were given the works of Lennon and McCartney to re-record, how could they fail, only a true imbecile would. 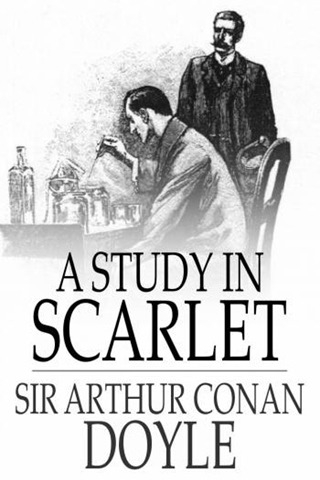 Since Holmes' debut with A Study in Scarlet 1887, the creator Sir Arthur Conan Doyle has inspired playwrights, authors, filmmakers and broadcasters alike to add their own take on it. American playwright and actor Gillette, introduced the famous calabash pipe for the theatre so the audience could see Holmes' face. Gillette also introduced the deerstalker cap, which inspired original Holmes illustrator Sidney Paget to add his iconic hat to further adventures of Holmes, images now forever associated with Sherlock the Detective. In 1987 a Broadway production entitled Sherlock's Last Case, starring Frank Langella (famous for his theatrical interpretation of Dracula, which was turned into a film in 1979 starring Langella) introduced Professor Moriarty's son and Watson as the main villain - a real twist.

Furthermore, Titan Books series are producing some great Holmes stories, with the likes of the great detective siding with Dracula, battling Mr Hyde and Jack the Ripper, all amazing well written yarns.

Stephen Moffat is far from a fool, but he is just a man who knows how to get ahead in the world of TV. The same principal applies to his recent work with Tintin. Again, how can you go wrong with the works of the roving reporter's creator Hergé?

After the departure of Russell T Davies I had great expectations for Moffat when he took over as the main writer of Dr Who, especially Blink, aired 9th June 2007. An episode penned by Moffat where he introduced The Weeping Angels, aliens who become statues and who can send their victims back in time - creeping up on them with a blink of the eye. Yet now with the poorly cast Matt Smith as The Doctor, the show has become unwatchable as Smith emulates Who veteran Patrick Troughton and believes donning a bow tie and being whacky, is all you need.

Moffat seems more obsessed in making Dr Who a youth TV show, than classic science fiction that appeals to all age groups. Furthermore as for "will they won't they sexual tensions" between Who and his companions, it's oh so predictable. Why not have a male companion, and then the big question mark would be is The Doctor gay? Now that would be different but I doubt the BBC would ever approve. 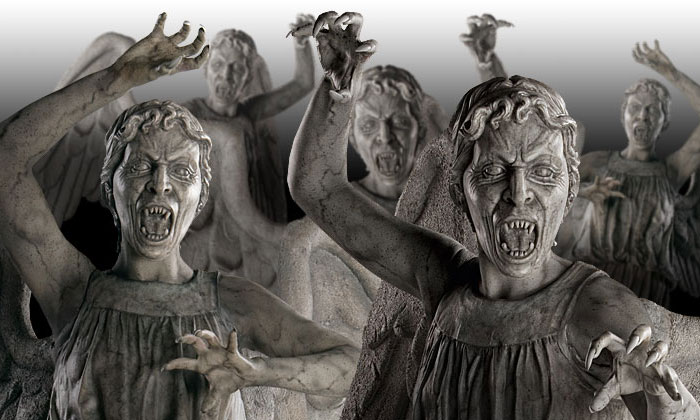 With his apparent success, Moffat, or The Moff, as he likes to be called, can surely now command a big budget to produce an original TV film, not an adaptation. Something that can enthral, entertain and stand the test of time. I seriously doubt that he can, as his own original works like Press Gang and Coupling are weak in comparison.

While I don't believe this article will change the media's love of The Moff, I can only hope it inspires him to create something worthwhile to review.