Who Are You - A review of "Gone Girl" 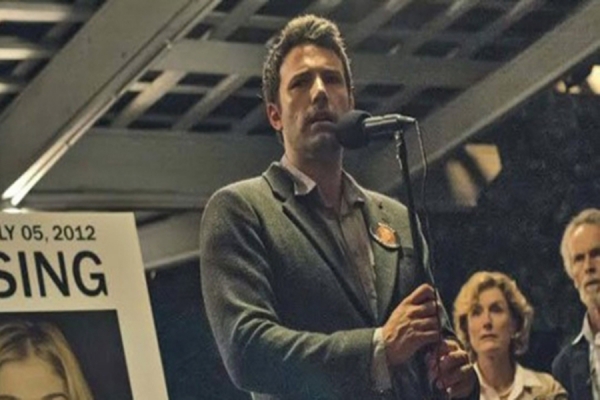 I honestly do not quite know how to review this movie without accidentally providing spoilers but I will perform this challenge to the very best of my abilities.

Dear readers, I would be hard pressed to think of a current, A list filmmaker who is able to convey an ocean of building dread quite like David Fincher. Beginning with his breakthrough second film, the serial killer nightmare of "Se7en" (1995),


Fincher has created a deeply disturbing and beautifully realized oeuvre of tales depicting events of grotesque murder and dizzying mind benders which only continues with "Gone Girl," his enveloping adaptation of author Gillian Flynn's blockbuster novel. 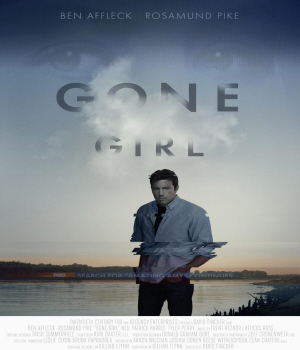 Now, I have to inform you that I have not read the novel and walking into the theater, I really only had scant knowledge of the plot. Upon exiting the theater, I was truly upended by all of the twists and turns of the story, and most importantly the film's leading characters. I have a strong feeling that if you have read the book and plan n seeing this film you will be more than satisfied with the results, especially since Flynn adapted her own material for the screenplay. But for those of you who have not read the book strap yourselves in, for nothing is as it seems to be and them some and I would not be surprised at all if Fincher's latest psychological drama plays with your head just enough to make everything normal within your life appear to be skewed.

As far as any plot description that I may provide for you, I think that it is best if I just give you what you are already able to discern from the film's trailers. "Gone Girl" stars Ben Affleck as Nick Dunne, a failed writer and current creative writing instructor and bar owner who arrives home on the day of his fifth wedding anniversary to Amy Dunne (Rosamund Pike) to find her missing, possibly the result of foul play. The ensuing investigation begins to create a media circus thus placing the spotlight of suspicion upon Nick himself. And then...well...uh...um, that's about all that I feel comfortable sharing with you.

This is what I am able to share. David Fincher has once again crafted an engaging and tremendously meticulous film. Aided and abetted by his chief co-conspirators Cinematographer Jeff Cronenweth, who decorates the film with a terrific 21st century film noir visual palate and Composers Trent Reznor and Atticus Ross, whose ominous film score assists greatly to keep the proceedings appropriately unbalanced, "Gone Girl" is an experience that feels as if it the latest gripping chapter in David Fincher's ongoing cinematic novel. And like the very best novelists, Fincher is a creative force who simply does not rest until he has probed his subject matter as deeply as possibly making for films that transcend their respective genres.

Let's take a film like Fincher's "The Social Network" (2010), which in some respects is a film that isn't really about Facebook at all but it is a film abut hubris, entitlement, greed and how all of those elements sit at the core of our eroding sense of humanity in the 21st century. Or how about his masterpiece "Fight Club" (1999), which could be seen as a satire about pre-millennium white, male rage or a film that is a free fall descent into madness itself. Or how about his spectacular three-hour 1970's crime procedural epic "Zodiac" (2007), which also takes what could have been nothing more a big screen "Law And Order" episode but was ultimately abut how our obsessions have th egreat potential to consume and undo even the very best of us and especially given the very best of intentions, in this case catching and incarcerating a serial killer.

Face it, "Gone Girl" could have easily existed as nothing more than a big budget Lifetime movie but David Fincher has again taken lurid material that can exist upon its own terms and has extended its conceptual reach to exist as cultural commentary. "Gone Girl" is indeed a film about perceptions, secrets, obsessions and the varying perspectives of reality itself and how all of those qualities alter themselves depending upon who is providing you with the information at hand, information which may not entirely be the complete truth to begin with.

While the core of the story and these themes lie at the heart of Nick and Amy's marriage, Fincher goes further by turning his cameras upon us in the audience as he forces us to think about our roles in creating media frenzies when we have considerably little concrete information and only our perceptions to go on. Additionally, Fincher is forcing us to ponder our societal addictions to tabloid television and witch hunt cable "news" programs as well as our roles within the internet culture as our increasing habit with becoming less than five minute experts on a world of subject and controversies that we really know nothing about. We speak so passionately and with such tremendous authority over subjects with which we possess so little information and even less understanding and intelligent comprehension. And how we and the media exploit each other in turn is the vicious cycle that Nick and Amy finds themselves at the epicenter of as well as attempting to manipulate and being manipulated by for everyone's possible victories. Yet, I think that  David Fincher is arguing that in cases like these, we are all losers.

As with each and every David Fincher film, the performances are all exceedingly first rate from top to bottom. Aside from a media lightning rod like Tom Cruise perhaps, I felt that Ben Affleck was perfectly cast as Nick Dunne, not solely because of his strong performance, but because of our knowledge of the media scrutiny and vitriol that has been launched in his direction during portions of his film career and entirely based not upon facts but our perceptions of who we think he is as a person or even as a persona. 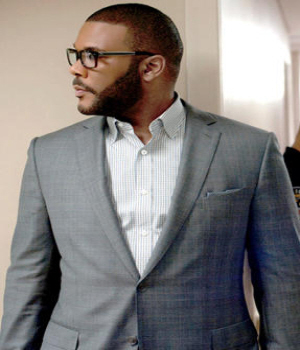 I also give much credit to Tyler Perry for his terrific performance as Nick's media hog attorney Tanner Bolt, and Missi Pyle for her blistering satiric work as a Nancy Grace styled cable news host. Kim Dickens (from HBO's "Treme") was also a high point as the intrepid detective Rhonda Boney and what a pleasure it was to see Patrick Fugit from Cameron Crowe's "Almost Famous" (2000) as Boney's slyly sardonic partner. Carrie Coon, who portrays Nick's twin sister Margo Dunne and is essentially the film's moral conscious practically steals every scene that she is in. And Neil Patrick Harris....well...you'll just have to see for yourself.

As for Rosamund Pike, all I can really say about her is that this is indeed her star making performance which grows in complexity and deepens its layers the longer the film unspools. She is sensational and unforgettable and out of this uniformly great cast, I do  hope that she is remembered during awards season for her mesmerizing performance.

I think I can successfully say that I have completed this review without divulging anything essential that would damage your experience with this film. But do prepare yourselves, for this one will knock you sideways leaving you deliciously disturbed.

Scott Powhatan Collins was born and raised in Chicago, IL and is a current resident of Madison, WI .He is a lifelong enthusiast of music, books and films. Hisbrain is filled with DJ dreams, filmmaking fantasies, literary luxuries and all manner of useless information. He chronicles his thoughts and reviews on his two blog sites Synesthesia (http://www savagejukebox.blogspot.co.uk) and Savage Cinema (http://wwwspcsavage.blogspot.co.uk), and is always on the lookout for the next piece of art to blow his mind and capture his heart. –