Dennis Munday's What a Way to Earn a Shilling Reviewed

'What a Way to Earn a Shilling' is a short story for Kindle and is a debut short written by former Senior A & R Man of Polydor, Dennis Munday. Prior to forging his name with The Jam and The Style Council, Dennis's career in music began in the seventies, where he worked with some of the greatest Jazz legends such as Ella Fitzgerald and Dizzy Gillespie to name a few. As a young man Dennis attended many of live music venues in London and during this period he undoubtedly met a blend of colourful and unsavoury characters from the infamous underworld, such as The Kray's and The Richardson's. In contrast this was also an era where pop stars had to be whiter than white with the persona of innocent lovable young people who wouldn't dream of having sex with their fans or consider the prospect of homosexuality, let alone sex before marriage. Such activity could cost someone their career overnight. 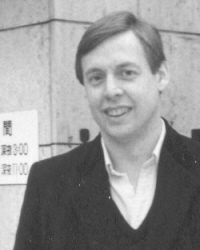 Drawing on his past and experiences, Dennis Munday has produced a crime noir novel that not only pays homage to the music industry and the underworld of the sixties, but also tips a wink to the traditional gumshoe detective in a style reminiscent of Raymond Chandler's Philip Marlowe. The key figure in this story is Private Eye Frank King, a man in his late thirties, residing in south east London. We learn from the opening pages, that he suffers from pyrophobia, a fear of fire, induced by an accident he encountered earlier in his career. No medical or counselling seems to have helped him, and the only way to confront his demons is via the anaesthesia of marijuana and whisky. Yet he is far from a loser, he hides these demons from his peers, dresses in sharp Italian suits and has an eye for the ladies who find him equally as attractive. He is a complex man, with good dress sense, just the way we like our Private Eyes.

His work is his religion, and when top heavyweight band manager Paul 'Earl ' Gray asks for King's help to pay off a blackmailer, who is holding a set of intimate photographs of one of his acts. Images that could damage his career, he steps in, despite being puzzled as to why this well known gangster Earl doesn't want to deal with this episode himself. Earl claims he is going straight, and cannot be seen to be involved and King becomes dragged into an intricate web of deceit.

The story is well written with attention to detail to the changing landscape of the sixties, the corruption within the Police, the fashion at the time and the dark side of music. 'What a Way to Earn a Shilling' is certainly a tour de force, pure pulp fiction and a perfect read on Kindle.

After reading, I asked Dennis Munday, if Paul 'Earl' Gray was based on the legendary Led Zeppelin heavyweight Manager Peter Grant, to which Munday replied he was, and if Grant was still alive, he wouldn't have been able to write the story. This adds another angle to this wonderful short story and a sense of danger even from beyond the grave.

What a Way to Earn a Shillingis available on Kindle, KOBO and iBook