Operation Good Guys – A Gem of A British Comedy 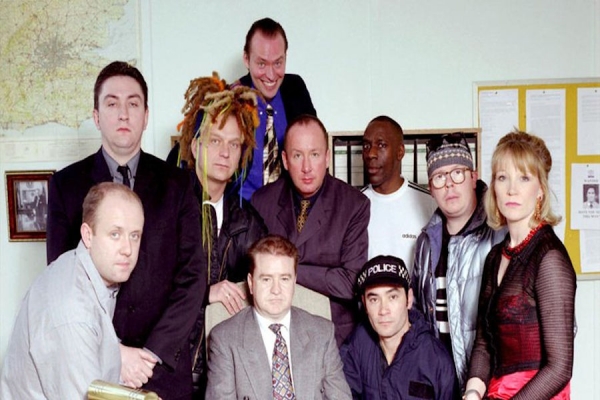 Documentary style sitcoms or ‘mockumentaries’ have proven to be quite popular during the early noughties up until now.

The format is simple, usually following around a person or group of people throughout their everyday lives whether in a work setting or in their personal lives, often breaking the fourth wall and asked questions by an unseen interviewer.Most will probably think this all started with ‘The Office’ back in 2001. But there was one sitcom a few years before, back in late 1997, that paved the way for not only the office but every other mockumentary style sitcoms that followed it. I am of course referring to the brilliantly hilarious ‘Operation Good Guys’ created by Ray Burdis and co-written by Ray Burdis, Hugo Blick and Dominic Anciano.

Operation Good Guys follows an undercover police unit as they try to bring down a crime lord, often through unorthodox methods that lead to unbelievable and hilarious consequences. Led by the inept , incompetent, egotistical, cross-dressing, DI Jim Beach (played by David Gillespie). A man who is more interested in becoming famous and getting an invite to Buckingham Palace than properly leading an investigating and getting cases properly resolved. His second in command is the loyal and faithful D.S. Raymond Ash (played by Ray Burdis) A man who is often taken advantage of by Beach and will defend Beach even if he is in the wrong. Bones (played by Perry Benson) is a short, bespectacled Undercover Operative, with delusions of grandeur, always thinking his experience and psychical abilities are greater than his colleagues. Bones is often the but of his colleagues and superiors jokes; once taking the money for an entrapment to use on a penis extension operation on himself. Strings (played by John Beckett)another Undercover Operative would much rather be a Rock Musician than a policeman, a pacifist who often acts as the conscience of the unit. New recruit, Mark Kemp (played by Mark Burdis) is Beach’s first choice to be in the Unit as he is the Police Commissioners nephew. Another inept, incompetent policeman, who’s uncle probably pulled some strings to make sure he got a job. Mark is often more interested in computer games, football and choreographing dance sequences than being a policeman. Gary Barwick (played by Gary Beadle) is the deep undercover agent, who is actually quite competent and professional compared tohis other colleagues, although going through personal crisis’ in his love life which often affects his work. Sgt Dominic de Sade (played by Dominic Anciano) and Bill Zeebub (played by William Scully, QGM) are the armed response team, a double act of perverted blokes who like to have a laugh, but are actually very competent and professional compared to most of the unit. 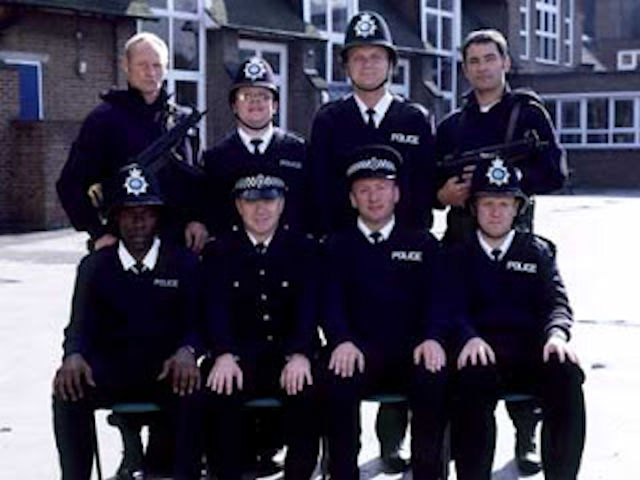 Throughout the three series, we see the professional and personal breakdown of the Unit, from being conned by their accountant, getting sacked by the police, getting retrained, being banned from the BBC to insulting the Royal family. Operation Good Guys is a brilliant mockumentary style sitcom, that should have had more series or even a feature film. Guest stars including Donna Air, "Mad Frankie" Fraser, Martin Kemp, Jude Law, Jonny Lee Miller, Denise van Outen, Sean
Pertwee, David Seaman and Frank Warren.