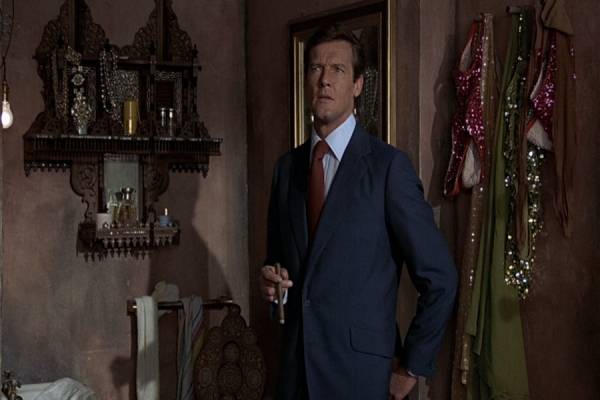 The 23rd of May 2017 is a day that many will remember for reasons that are far from happy.

The evening before (The 22nd) was marred by the atrocity of a terrorist attack in the UK in the city of Manchester, where a cowardly attack killed 22 people and injured many more -some of whom were just children -the youngest being eight years old. The terrible news developed during the night, and as information dripped through -and the true horror of what had happened became apparent, in the early hours of the 23rd of May -the nation found themselves waking up to this dreadful story that could easily have been part of the fiction of a blockbusting movie. Possibly a James Bond movie. But sadly on this day -no suave and sophisticated British spy had thwarted the diabolical plan of the person or person's responsible. For as we know James Bond is larger than fiction -but is exactly that -a fiction. The character has been portrayed successfully for many years by several very popular actors. The actor during my childhood was the remarkably suave, well-tailored individual whose good looks and charm made him the perfect person for the role -he was of course Roger Moore. So imagine the news of the terrorist attack on a city that my family is linked to -I was born in Salford and lived my formative years in and around Greater Manchester,and even returned to study there and get my degree in later years as a mature student – the news of the atrocity touched me greatly -thankfully friends and family who still live there were safe and not caught up in the cataclysmic mayhem – But then, later that very same day, I received word of Roger Moore's passing. I went into some sort of shock. I'd only just recently watched Live and Let Die with my own eight-year-old son a few evenings ago. Waxing lyrical about him and how much I enjoy that particular film. So the announcement he had died is one that I will not forget in a hurry -just as I will not forget those caught up in the bombing. I have been asked by Zani if I could provide a few words about Roger Moore and so here is a short piece about an actor who became a national treasure and exemplified what being a true British gentleman was all about. 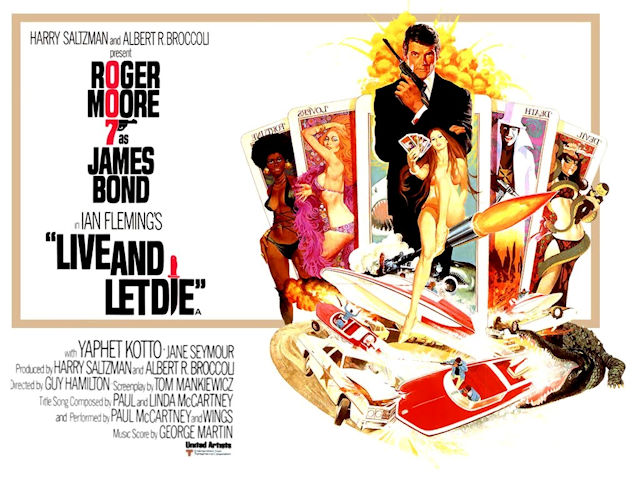 Born just after midnight on the 14th of October 1927, Roger George Moore was born in Stockwell, London SW8. He had been evacuated at the age of eleven due to the war with Germany, he had attended RADA (the Royal Academy of Dramatic Art) and found his true vocation to be an actor. He did national service and then finally continued his career as an actor, and to help the swell the coffers of this young poor actor he was directed by a friend into doing some modelling, appearing in illustrations for women's magazines. In the 1950s he worked for MGM and eventually Warner Bros who after various parts decided his future was in TV work. Perhaps this was because in 1956 he had the lead role in Ivanhoe, which was filmed in black and white. The role was one that made him famous as this particular television series was his first notable role and firmly placed him in the conscious of the public at large. His next role of note and the one that particularly put him in the frame for his later role as James Bond was the portrayal of Simon Templar in Lew Grade's new series based on Leslie Charteris' creation The Saint -for me this was one of those great escapist spy thrilling series that is full of the energy of the 1960s. Being released in 1962 the same year as Sean Connery playing 007 in Dr No (1962) seems that Lew Grade was cashing in on the success of the blockbusting movie that would spawn a franchise that endures until even now. But this flash of inspiration was the catapult to Moore's true stardom. Playing the character that was originally a 1920's creation (The first book written by Charteris with Simon Templar in it- was published in 1928 -Meet The Tiger) in the present time frame of the 1960s meant that he was the tv screen version of a Bond type character. He was immaculately tailored, drove a flash car -in this case a Volvo P1800, was a charming gentleman of action who lived a dangerous life. What with beautiful women, exotic locations and scurrilous villains, The formula was one that was perfect for a future 007. Moore played the role for next seven years.

In 1970 Bob Baker one of Roger's friends, and a producer for The Saint had been talking to Lew Grade about an idea for a series originally titled The Friendly Persuaders it was a series that had a “buddy formula” featuring an English toff and an American boy come good. Two years on Lew Grade announced to Roger that The Friendly had been dropped and that The Persuaders was to be the name of the new series. After Glenn Ford and Rock Hudson being in the frame to be the American, it was decided that the perfect person for the part of the American should be the charismatic and funny Tony Curtis. Glen Ford didn't have the right on screen chemistry and Rock Hudson was too much like Roger in build and dashing good looks. Moore had been a fan of Curtis ever since seeing him in Some Like It Hot (1959) The series was to be filmed on The French Riviera. Once again Moore was the cultured Englishman abroad. Getting into exciting scrapes and delivering the perfect performances that would enhance his chances to get the role he was destined to play.

It is, of course, the role of James Bond he is most recognised and renowned for -and is it any wonder -he played Bond more times than any other actor. Officially more than Connery if you exclude Never Say Never Again. (This was made by Warner Bros and not EON/United Artists) More than Pierce Brosnan, and more than Daniel Craig. The other two actors? George Lazenby did one and Timothy Dalton starred in two. For people my age who grew up in the 1970s and 1980s. Roger's Bond was welcome relief against the bleak reality of living in Thatcher's Britain. Miners strikes, IRA terrorism, The Falklands etc huge unemployment, race riots all sorts of things that were negative made sensationalist headlines and underlined the gulf in different classes. For those of us who wanted to escape the every day dire truths, a new 007 movie offered usually in excess of two hours a comedic light hearted and patriotic escapism. The wonderful locations the style, charm and beautiful ladies were always apparent. The buffoonery always timed to perfection, the stunts more and more outlandish and real (this was before CGI) Moore became the quintessential movie 007 of those two decades. Moore had first met Albert “Cubby” Broccoli and Harry Saltzman in the mid-1960s across the Curzon Street gambling tables and they had become good friends and would often socialise. When Connery stated he did not want to do any more movies after You Only Live Twice in 1967 Harry and Cubby spoke to Moore about taking over the role. However, things did not pan out. Moore continued with The Saint and George Lazenby was cast for On Her Majesty's Secret Service (1969) After Sean Connery reprised the role in Diamonds Are Forever (1971) and then again left the franchise – Moore declined Lew Grade's offer to do a second series of The Persuaders


He was wise to – Harry Saltzman called him and offered him the role of Bond for the second time. This time Roger was free to do so. As stated Roger's Bond was the antithesis of Britain at that time. It was opulent, luxurious and fun. It was what the great British needed. Entertainment was the key.

The films always managed to stay relevant some how -and would sometimes break boundaries as the world around them changed. To stay on trend and cash in on what was going on the scripts were written to ensure box office success. Gadgets were apparent, larger than life characters (Jaws, Scaramanga, Mayday) achieved wonders in the minds of young boys and grown men alike. Mayday (Grace Jones) was especially groundbreaking at the time. 007 making love with a Black Amazonian woman in a movie was a far cry from the original Colonial 007 that was created by Ian Fleming, who were of his time and breeding was quite racist by today's standards without perhaps realising it. Then also who can forget the marvellous spectacle of Moonraker (1979) what with the success of Star Wars (1977) Bond was rocketed into space in the amazing new space shuttle's that NASA was now using. Competing with other films and doing well at the box office was what the Bond franchise was about -and Moore -to his credit with his quips, trademark raising of the eyebrows and immaculate style always lived up to what was expected. Everyone has a favourite Bond movie and they will be for whatever reason – and depending on where you were and what generation you will be from Roger Moore's movies will no doubt figure somewhere. Yes, they are dated -but they still offer pure escapism -wit and panache that only Roger Moore could deliver. 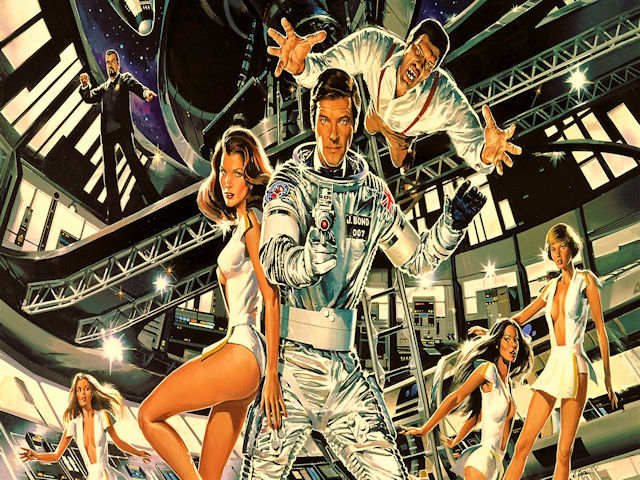 After Moore left the franchise in 1985 his film work waned but a new passion came into his public life thanks to his great friend and sometimes neighbour Audrey Hepburn, and that was the role of ambassador for UNICEF. He would travel the world for this children's charity and worked hard in helping awareness and money. So much so he was awarded a KBE for his charity work in 2003 He already had been awarded a CBE in 1999.

Since 2012 he had been treated several times for skin cancer and sadly on this day the 23rd of May 2017 he lost his battle with cancer with his family by his side in Switzerland.He will always be remembered as being what is often referred to as the quintessentially British Gentleman, but he was much more than that. He was a National treasure, whose legacy is that of a man who gave such pleasure to so many. The world may have been shaken and stirred this day -but Roger will live on in a Saintly manner with the halo he so rightly deserves.