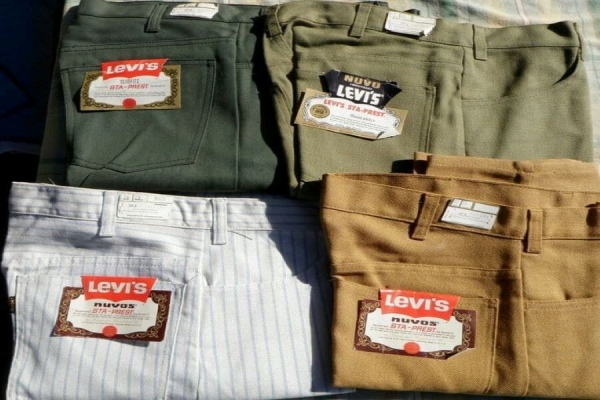 From inventing the blue jean in 1873 Levi’s, has always been an innovator when it comes to clothing, always functional, and suited to both work and play. So, it’s no surprise that in the 1960s they found a way to put a permanent crease into trousers.

A process that meant, no ironing, was required and was quite literally desirable by all. Let’s face it. Ironing used to be a real chore, and, so very time-consuming!

The process was called STA-PREST, and it really was an immediate hit, and consequently, it became an iconic look of that era. But, how did it all start?

Koret of California, a women’s garment manufacturer, first came up with the idea, patenting a system for permanent pleats in 1961. A finished product was coated with a chemical resin and a catalyst. Creases were made with a steam press and then the garment was baked in an oven at 300° Fahrenheit, triggering the catalyst that made the resin bond with the fabric. The result? The now-famous, permanent crease. 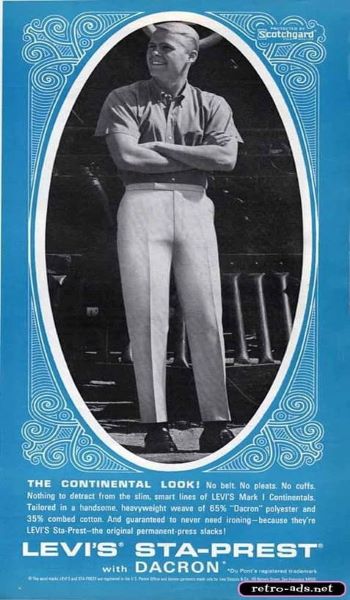 Levi Strauss &Co. Sportswear Merchandise Manager Mel Bacharach decided to experiment with the permanent pleat idea and came up with his own process for garments, which he subsequently named STA-PREST clothing.

Curing ovens were installed at the company’s Knoxville, Tennessee, factory. Apparently, a few managers were heard to mutter, “If this doesn’t work, we’re going to be baking a lot of bread in Knoxville.” Thankfully the process was a success, and expanding waistlines, were not an immediate hazard.

The first Sta-Prest garments were produced in 1963. They were trousers made from 100 percent cotton twill and sateen. These high-end slacks were made to be sold during the 1964 season. Although they were immediately popular, it was soon discovered that all-cotton clothing could not withstand the curing process. Eventually, all products had to be made with synthetic fabrics, or blends of synthetic and natural fabrics (usually consisting of a 65/35 blend), so as to be able to withstand the temperatures needed to create the permanent crease. 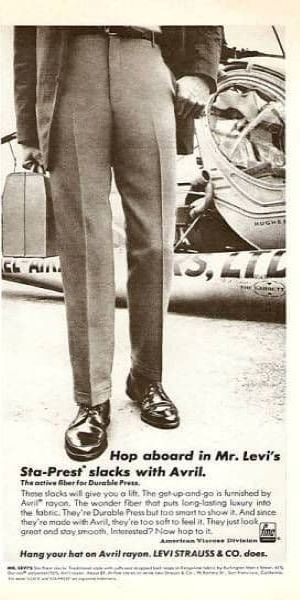 “Never Needs Ironing” was the company’s slogan. It was cleverly aimed at both retailers, and of course, the buying public. Some sales reps actually took off their Sta-Prest trousers and threw them into portable washers and dryers to demonstrate how successful the permanent crease was. Certainly, this will have helped sales, but undoubtedly caused some uncomfortable encounters, with the people they were selling to.

In the late 1990s, the Sta-Prest name was revived for a sharp-looking collection of tops and bottoms. It is still revived from time to time, as it is an iconic style, that really has never fully disappeared. With today’s more innovative fabrics, Levi’s and other brands do still make clothes that are made to be wrinkle-free. The permanent crease isn’t as prevalent as it used to be, but for some, it is still a requirement to look razor-sharp. 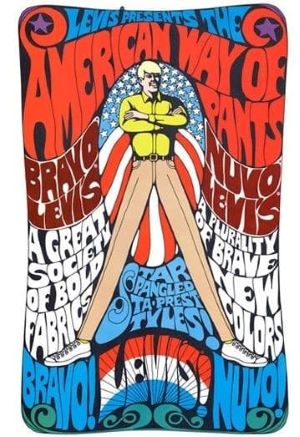 Initially in the mid-60s, Sta-Prest were thought to be perfect for workers who needed a durable-but-fresh-looking pair of pants for daily wear, they quickly became the go-to pants for Mods, the youth subculture that coalesced around fashion, music, and scooters in the mid-’60s London. The Mods were, in many ways, the progenitors of today’s youth culture, and their legacy of making style a testament to personal expression has become the prevailing attitude of modern life. I have stated in previous articles, that Mods, were inspired by the Ivy League Style from America, and indeed it wasn’t long before Sta-Prest were being worn on campuses, this could have also been one of the reasons why Levi’s has been especially popular with the Mod scene. I think when you look at original images and advertisements for Sta-Prest, you can see why they are still a sought-after garment. In fact, original Sta-Prest, really are collector's items today and are still popular amongst some subcultures and style tribes.