Suits and International Style – What Makes The Cut. 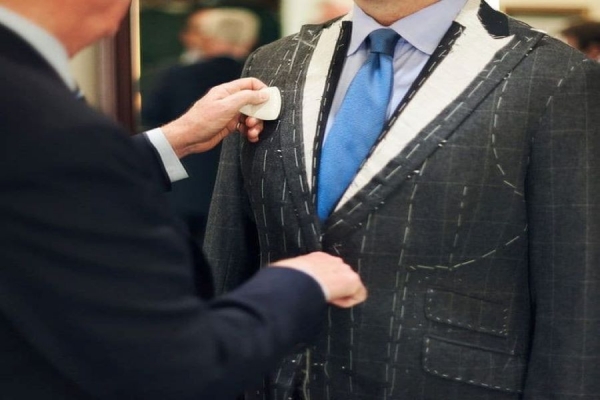 It is said every bespoke tailor has its own signature tailoring style, which has been developed by years and years of - experience, knowledge, and their artistic creativity.

Over the years suit styles have developed. Nowadays you will see a lot of suits that mix the different features and styles. However, traditionally there are three suit styles that are the template. Those styles are British, American, and Italian.

Now, I don’t profess to know everything about tailoring. I am not a tailor, nor am I man of means that regularly goes bespoke. But, I find the topic of style, taste, and what I see as aesthetically pleasing and fascinating, to the point - where I want to know more. So, here in this short article, I focus on the differences between the British, American, and Italian suits. My research not only informing myself but also passing on that information to those of you (excuse the pun) that are suitably interested. 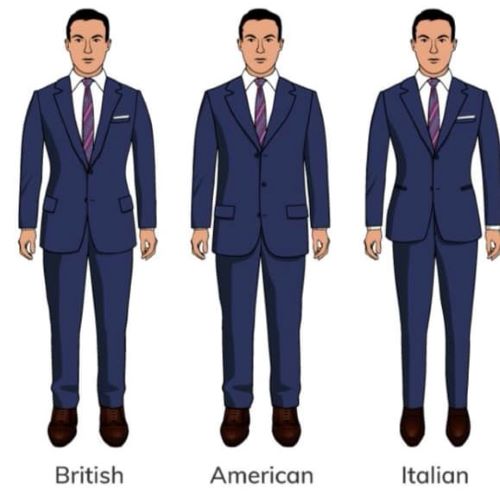 The British suit style finds its origins in Savile Row. Savile Row’s place in the formal history of suiting was cemented in the mid-19th century, when the Prince of Wales the future George IV, ordered a tailless smoking jacket, a relatively informal jacket style, made out of the fabrics traditional for a tailcoat. the Prince’s new style was eventually named as a dinner jacket, and it soon developed into a trend that revolutionised British fashion and helped to introduce some more casual styles into the strictly regulated canon of English dress wear.

The vision of the Prince regent, together with the creative mind of a skilled tailor Sir Henry Poole, slowly changed what was considered formal wear amongst an extremely traditional high class. The dinner jacket, and, of course, the whole new suit style they created, had a set of unique characteristics that persisted through time, and were not surprisingly passed from each subsequent generation to the next, and were soon seen as what was to become “British style”, and the actual start of a tradition, that has remained ever since. 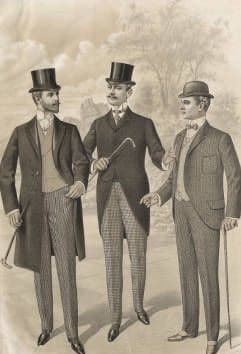 The British suit is emphasised by structured shoulders, a stiff canvas, and low shoulder lines or Gorge as it is known. This line helped to give the jacket a very sophisticated look. The fit is tailored to be close to the body, with close-fitting sleeves ending with surgeon’s cuffs and a high armhole. The jacket can either be single-breasted or double-breasted, with usually two vents and a ticket pocket. The pants have a high waist and can have up to three pleats. 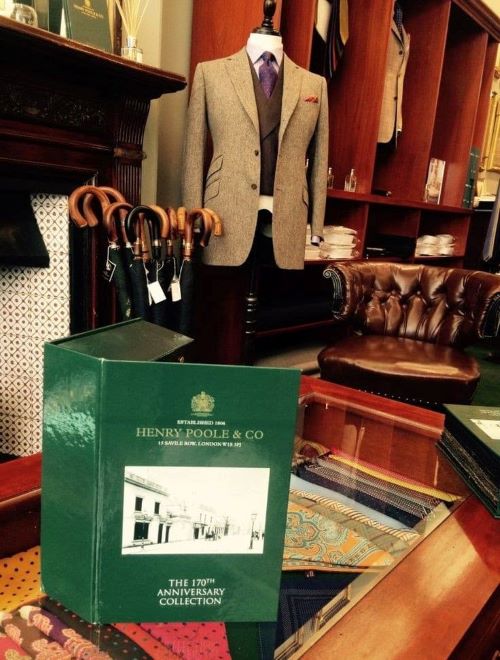 When it comes to the American style, it has to be noted the rise in popularity of these suits came in the 1920s and was lead by those that would be considered as Ivy Leaguers. (Those that were part of the American ruling class, and were educated in those elite colleges that were called Ivy League: Harvard, Yale, Dartmouth, Columbia, Princeton, Pennsylvania, Brown, and Cornell.)

At the turn of the 20th century, a distinctly American suit style emerged among the world’s fashions. This was known as the sack suit. Modeled after a French coat from the 1840s, the sack suit was loosely-fitted and gave its wearer a much softer silhouette compared to the much more structured and military-style of British tailoring. Manufacturers, like Brooks Brothers, were looking for low-cost garments to produce in large quantities, garments that allowed for much more industrialised production. Because the sack style was meant to look baggy, it was already a one-size-fits-all product. Consequently, less variation meant it was less expensive. 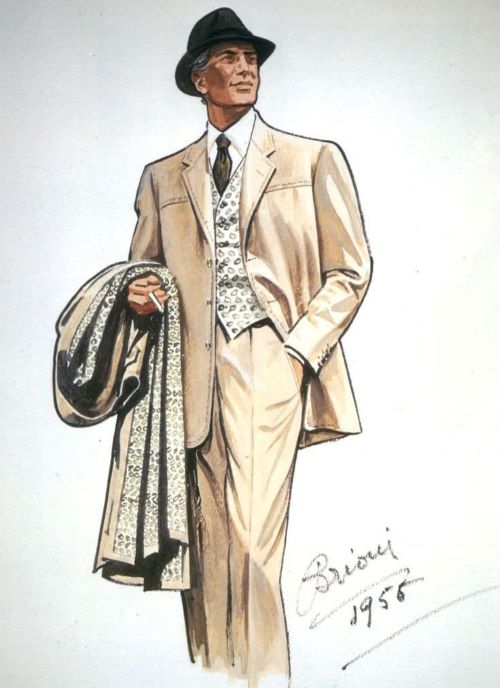 In its original form, this suit is perhaps considered the least stylish. Its distinguishing characteristics are a single (hook) vent in the back, a higher armhole, straight lines, flap pockets, and natural (almost not padded, and in some cases not padded at all) shoulders, therefore, the aforementioned softer silhouette. These suits were quite loose fitting. The looser cut in these suits was helpful when the wearer had to spend countless hours in them. The coat was single-breasted with two or three buttons. (sometimes the lapel was allowed to have a roll that allowed the top button to hide under the lapel, so the wearer could have the choice of wearing it as a two-button jacket, instead of a three-button jacket. This became known as a three roll two jacket.) The sleeves were also a bit looser and would usually feature three buttons only. The main characteristics of the trousers were that they were not pleated and they were cut quite full, compared to European tailoring.

Brioni is widely credited as the innovator of the “Italian” style. They introduced their style to the world in 1952, at the first fashion show to feature a male model as its focal point. Especially in America, it got famous because of the 1953 movie ‘Roman Holiday’, in which Gregory Peck wore Brioni suits. The “new” Italian style quickly won popularity over the American suit and the British suit. In fact, the importance of cinema and Italian style can not be ignored when it comes to modern style. In Britain for example, it was the style of Italian tailoring that captured the imagination of the new generation of young men that thanks to movies such as Roman Holiday, they felt they could emulate a more continental look, rather than the standard and quite somber tailoring the previous generation wore. To these young men, it was thoroughly modern, and that is what they became known as: Modernists. Modernists, in fact, took inspiration from wherever they could find it, and appropriated it for themselves, hence Modernists also taking inspiration from the American Ivy Style, and what their Jazz musician heroes wore. But, getting back to the Italian suit. 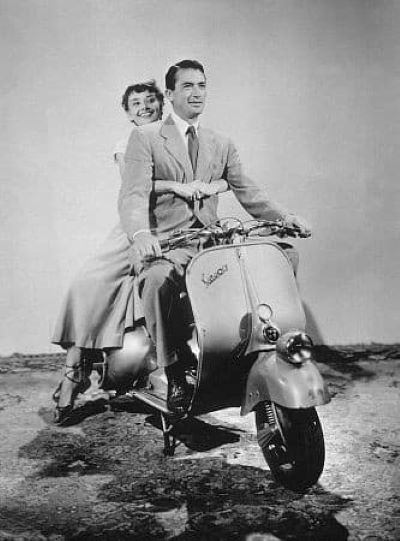 The Italian suit style is a modern, trendy cut – and is characteristically very slim. Italians were not comfortable in the structured British suit. The majority of British tailoring also used fabrics that were suitable for its cooler and damper climate. They were too heavy to be worn comfortably in the much warmer, and dryer Italian climate. The Italian’s prefer to use much lighter cloth. Therefore the feel of the suit is much lighter and more comfortable. The jacket is considerably less structured compared to the British one, and as a result of that, the cloth follows the natural curves of the wearer. The jacket is notably a little bit shorter, the shoulders are padded and the jacket has a V-shape. Pockets are flapless and the shoulder/gorge lines are higher. The jackets originally did not have any vents but today two vents are common in Italian suits. The pants have a tapered waist and are tighter on the hips. 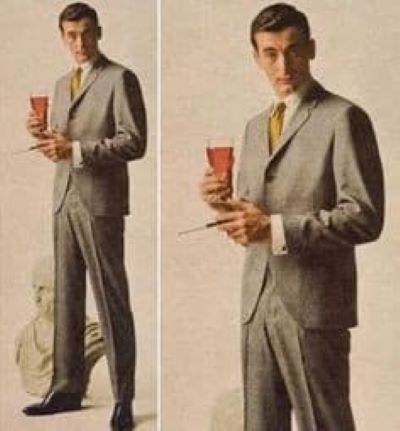 Over time these basic elements in the three original styles have blurred. Fashion will dictate what elements are popular, but the fundamental cuts have remained, allowing for individuals to cherry-pick what they want when they choose their suits if going to a tailor, or by choosing what they like on offer from where they decide to purchase such items of clothing.

It is fascinating how little suits have changed in the last century. Sadly as “leisurewear” becomes more prevalent in society, so the wearing of what were known as lounge suits is becoming less prevalent. However, when society is given more opportunity in the future to mingle, maybe the penchant to dress up when going out may become popular again and sartorial matters will also rise. 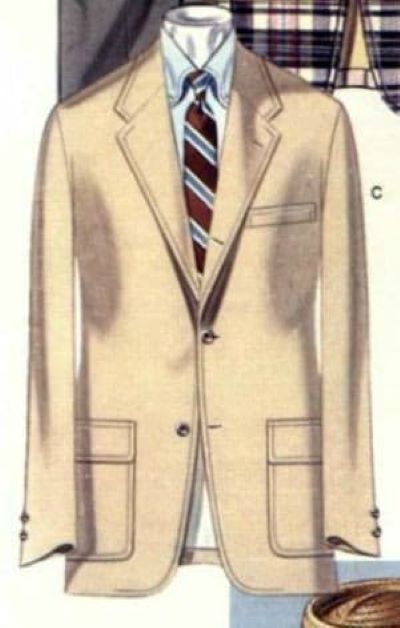