A Link To The Past – A Brief History About Cufflinks 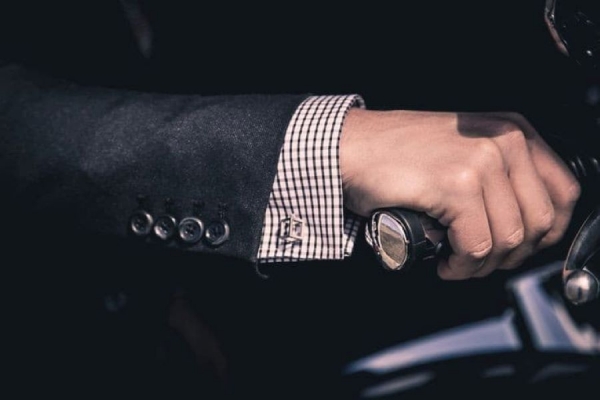 We sometimes forget the impressive history behind some elements of fashion and style. From the earliest evidence of woven fabrics, bone embroidery needles and shell jewellery, to the overhaul of manufacturing methods in the Industrial Age. Embellishments have evolved, and some styles have fared better than others, and have proven to remain for centuries.

In fact, items manage to attain that hallowed position of tradition, and we have become so aware of their existence that we do indeed forget how or why they came about, or just adhere to the notion that their function is simply what it is for, or in this case what we are often told. The actual history isn’t given real thought, it is just taken for granted. Accessories that have become traditional are typical of this. Their function often makes their history easily less important. For, after all, it is the occasion that the wearer is wearing them for, that is truly relevant to the wearer at that particular time. 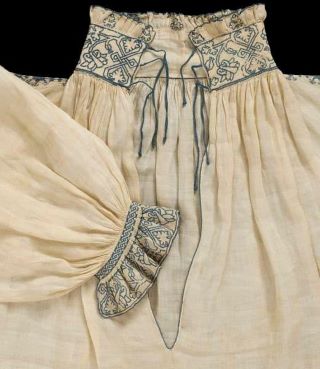 This article endeavours to look at the history of Cufflinks. The history is a fascinating one. One, with roots that go way back. In fact as far back as the 13th century.

In the 13th Century, before the dawn of buttons, people would tie and fasten their clothes with what they had to hand; a creative mix of string, pins, belts and ribbons – almost like the novelty cufflinks you can find today. As trends changed and people moved towards more fitted styles throughout the century, buttons emerged and were used as a more efficient, practical fastening that could still indicate social status based on the material and level of detail in the design.

In the 16th Century, as the Renaissance elite favoured fuller fashion, they embellished their garments with ruffled collars and frilly lace cuffs. Fashion had become more about pomp and circumstance than the practicality of the Middle Ages. This ornamental and opulent style influenced the following centuries, encouraging people to find a happy medium between the practicality of fitted and fastened clothing and the appeal of decorative elements. 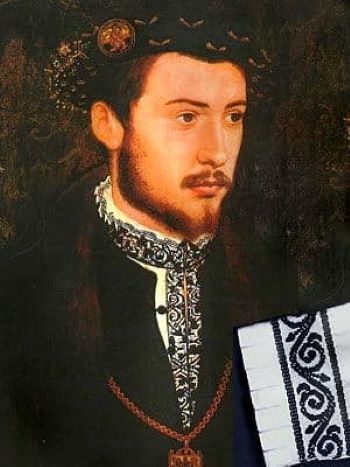 By 17th Century, fashion was toned down in the post-Renaissance world, with men especially opting for less decoration and more simplicity. Cuffs were more slender and functional, though still capable of housing a status symbol for the best-dressed class. For nobility, cuffs were initially tied together with ribbon as a subtle nod to status, but it didn’t take long for ribbons to give way to opulent jewelled buttons which quickly grew in popularity. Could this century be the birth of the classic cufflink?

By the Georgian era in the 18th Century, the sleeve buttons had become even more ornamental. Intricate and expensive, this was still a style choice for the elite but it was starting to show a more playful, individual take on fashion with the addition of coloured gems and miniature hand-painted masterpieces.

The 19th Century Victorian fashions reflected the emerging middle-classes, with grand aspirations on modest budgets. Luckily, the Industrial Revolution overhauled the production methods for clothes and accessories, making these pieces more widely available. The chains that were the usual link on cufflinks were replaced with rods and fasteners with easy-to-close clips. Many shirt makers were eager to sell a larger quantity of higher-priced dress shirts caught on to the cuff link frenzy and expanded their lines of formal dress shirts to include cufflink-ready attire. Sales boomed and men flaunted their personalities in true Peacock style, as they sported their new look with cufflinks and matching stud sets. Imitation gems allowed for replicas of popular styles, while people sought alternatives to precious metals for settings. 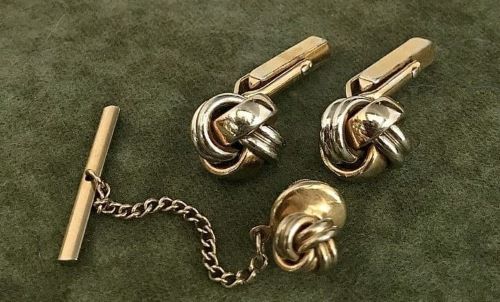 By the mid-1800s, the classic French and double cuffs were a top choice, influenced by a romanticised ideal of historic French heroes. By the end of the century, both single piece buttons and cufflinks were in mass production.

The 20th Century was a busy century for the cufflink.

Enamelled cufflinks remained popular into the 20th century, but new fashionable movements turned functional accessories into masterpieces once more, with inspiration drawn from Art Deco and Art Nouveau designs, along with Faberge enamels.

By the 1970s though, dressing down and stylistic simplicity meant that shirt cuffs came with buttons already attached for ease. Cufflinks were limited to high-end labels and the haute couture world, where premier brands like Cartier and Tiffany’s even incorporated their famed diamonds into favourite cufflink designs. By keeping cufflinks a staple on the catwalk though, designers prevented the practice from fading out entirely. 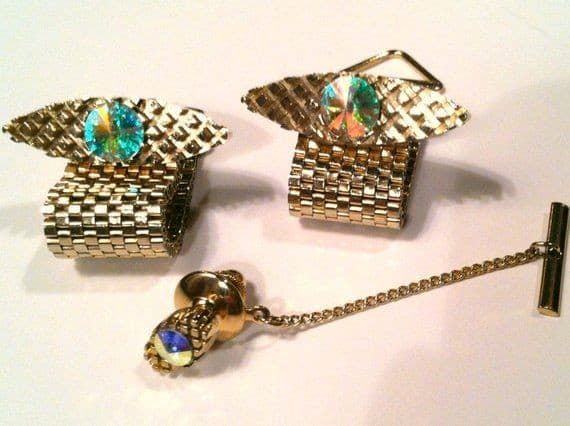 The 1980s saw cufflinks make the news with a pair of Edward VIII’s cufflinks selling for just over £115,000. He had been an advocate of Faberge cufflinks, but this sentimental pair was encrusted with Cartier diamonds, fashioned into an E and W - Edward and Wallis.

The 1990s saw the world embrace cufflinks once more. The French cuff was back, for men and women alike, and cufflinks topped off the look. They were an accessible statement piece for all ages and styles; from power-dressed businessmen to women experimenting with androgyny and tailored styles. This was also the resurgence of preppy fashion, with clean-cut shirts and chinos from brands like Hilfiger and Lauren proving popular. Cufflinks provided an easy way to personalise the everyday preppy look.

The 21st Century is undoubtedly the age of anything goes!

Styles are more varied than ever, with influences from every era playing into our fashion choices. When it comes to cufflinks, creative twists on timeless classics are keeping the tradition alive while more unique designs are responsible for the new avant-garde of wrist wear. Men are swapping chunky watches for cool mechanical cufflinks and women are trading delicate, sometimes impractical, bracelets for edgier cufflinks set with precious stones. The flamboyant embellishment of cufflinks continues, and most likely in post Pandemic times, when socialising is possible, the yearning for smarter style will return, and cuff links will no doubt feature when considering outfits for particular occasions, or that touch of personal flair if required to wear formal outfits in the workplace. 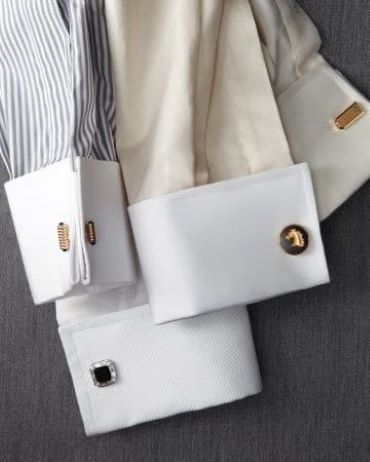 An alternative type of cufflink is the cheaper silk knot, which is usually two conjoined Turk's head knots. The Paris shirtmaker Charvet is credited with their introduction in 1904. French cuff shirts are often accompanied with a set of colour-coordinated silk knots instead of double-button cufflinks. They are now often not made from silk, but of fabric over an elasticated core. Due to the popularity of this fashion, metal cufflinks shaped to look like a silk knot are also worn.

The visible part of a cufflink is often monogrammed or decorated in some way, such as with a birthstone or something which reflect a hobby or association. There are numerous styles including novelty, traditional, or contemporary styles.

One particular style I like is that of the wrap-around cufflink. It just adds a bit more interest and flamboyance to the cufflink. For some, this may seem too much of an affectation. But, to other like-minded people, such an added detail is appreciated. It shows a little bit more thought has gone into the outfit. It’s foppish dandyism accentuating a personal individualism. They first appeared in the early 1940s and were extremely popular through to the 1970s...and have been rediscovered by today's cuff link wearers. These unique cufflinks feature a wrap-around device which wraps around the shirt cuff and elegantly joins the front and back of the cuff link. Usually, the device would be a matching metal mesh or chain. I did see a gentleman wearing a pair that had a strip of leather wrapping around the cuff from the front to the back of the link once, which I found fascinating and different in terms of design. 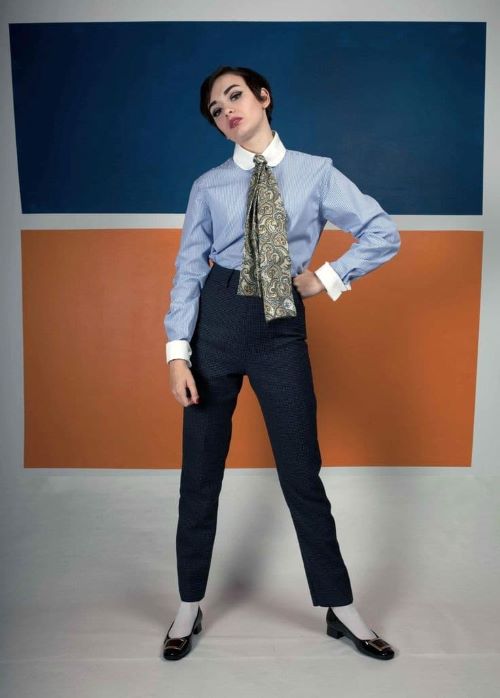