The Accessory That Fits The Bill – The Money Clip 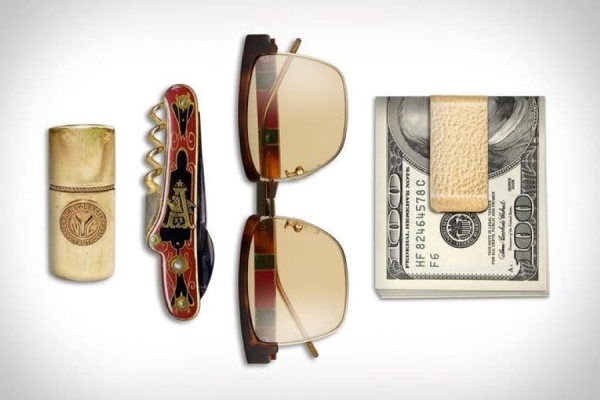 There are some accessories that have a gravitas that elevates a persona a little. It’s not an essential item, and as we begin to move towards a cashless society, so they are becoming rarer, and generally only used by the wealthy who like to flaunt their wealth, and use cash to pay tips, and for other items where cash is the favoured currency. 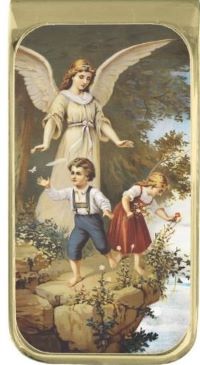 The money clip is essentially an optional fashion accessory that is more often used by men. Its job is that it keeps paper money sorted, and prevents it from being rumpled-looking in your trouser pocket. There is without a doubt a modicum of style and flair attached to the use of this kind of clip. After all, if you are of the idea that you have a certain position, or a certain status, going out for a night on the town, it would not do to pay club cover charges with badly folded and crumpled up dollar bills. It is far more impressive to pull out a wad of neatly folded cash and hand the doorman the right change in the blink of an eye. 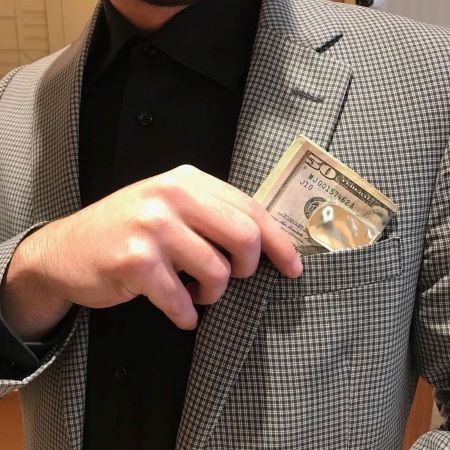 The history of the money clip is directly tied to the history of non-coin currency. Invented during China’s Han Dynasty in 118 BC, original lightweight banknotes were made of leather. China was also instrumental in developing banknotes during the Tang dynasty in the seventh century. Europeans did not take a liking to paper money until approximately the 13th century. The banknote stuck around and has become more popular than coins, which are more difficult to carry due to their weight. Modern paper money is made from Polymer.

The new polymer notes allow for enhanced security features, such as the see-through window and holograms. This makes them harder to counterfeit than paper notes.

They’re stronger, too: a polymer fiver is expected to last two-and-a-half times longer than the old paper £5 note. Although, while our notes are stronger, they are not indestructible – so you should still take care of them. 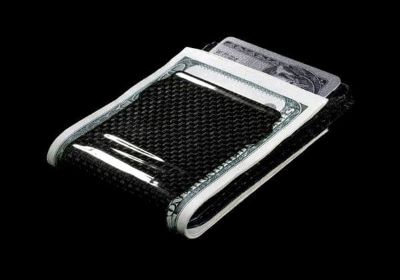 The life expectancy of polymer notes also makes them more environmentally friendly. The Carbon Trust has certified that the carbon footprint of a polymer note is 16% lower than its paper predecessor.

Finally, polymer notes are cleaner since their smoother surfaces are resistant to dirt and moisture. Also because of their smoother surface, keeping your notes together in either a wallet or by using a money clip is prudent should you want to use cash. As stated though, cash is often used less than bank or credit cards and there is a possibility cash will all but disappear eventually, as technology advances. Another use for some of the smaller decorative money clips is that of the tie clip. So it’s good to know that some 20th-century money clips had a dual purpose!

An early precursor to the money clip is the draft organizer of ancient Mesopotamia. Although it would be accurate to say that this clip is more closely related in function to a paper clip, it does factor into the money clip’s history by virtue of the items it secured. Back in 323 BC, a clip would be used to hold notes detailing the storage of grain. The clips prevented the loss of papers and helped with the easy distribution of the notes. A similar clip was used in Japan until about 300 AD for notes detailing rice storage. 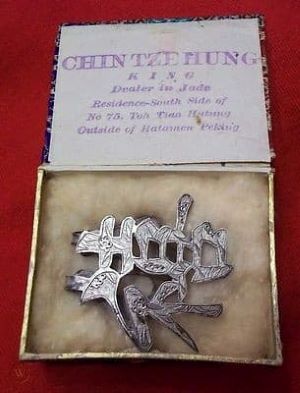 When money clips were used in connection with European paper currency, these devices were initially used to clip bills to the owner’s clothing. This was a protection against pickpockets who would make off with loose wads of cash. The materials used included leather and bone. American money clips came into fashion right around the 1900s. Reserved for the wealthy, these clips were made of precious metals like gold or silver.

Modern money clips are a fashion accessory for the man who values a debonair appearance and loves to display flawless social graces. Modern clips may be made of copper, gold, silver, and also platinum. Some feature personalized engravings. Marketers of high-ticket items have caught on to this fashion trend and have begun to use money clips as a means of advertising a store’s logo or brand name. The use of these clips is for the practically-minded user but often a bona fide dandy who keeps a close eye on his personal appearance will accessorise with such an item. It adds to that sense of vintage style and the idea of being properly attired. So, even though the money clip sits in a pocket when revealed it shows the attention to detail, a well-dressed person wants to reveal. So, like a watch, cuff links, tie clips, etc. It is the accessory that fits the bill it is intended for. 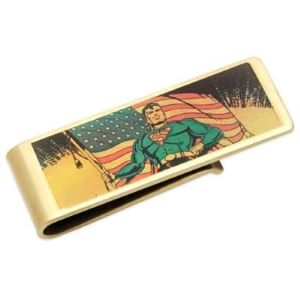