Steve Marriott Remembered from the archives of Positive Energy of Madness. 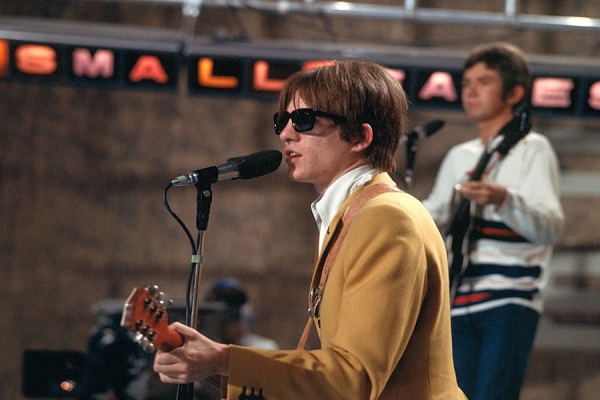 In the summer of 1991, I was running a fanzine entitled Positive Energy of Madness. Issues were sporadic as most fanzines were back in the day.

Even though I was pretty much a ‘clubber’ back then, I still had my Mod sensibilities, and like many of generation thrilled to see Paul Weller back in action, with The Paul Weller Movement. The press mocked him (oh my, how they ate humble pie a few years later), he had no record deal and he wasn’t packing out venues.

On 20th April 1991, me and my friends went to see The Paul Movement at The Brixton Academy, it was half empty, the ticket touts couldn’t give the tickets away. Yet those in attendance were enjoying the vibe, Paolo Hewitt came on the stage to introduce Weller, we all cheered. Yet the jubilance was cut short, when Paolo announced tonight’s gig was dedicated to Steve Marriott, who had died in the early hours of the morning in a house fire. I turned to my best friend at the time, we both looked at each other in total shock and disbelief. Weller marched onto the stage and launched into a passionate version of Tin Soldier, the crowd roared, I rushed to the front of the stage. At the close of the song, Weller shouted over the mic ‘That’s one for Steve’, it was truly moving, a Mod god honoured by another Mod god.

As we all know, only few years later from this night, Weller became a success again and Oasis were huge. So, sad to think, if Steve Marriott have lived, he would have been supporting these acts even recording with them, no question, he would have been big again. I suppose his spirit lived on through their music.

Below is an abridged version of my tribute to Steve Marriott from 1991. A bit naive, but 100 per cent authentic.

Steve Marriott (30th January 1947 – 20th April 199 )
One of the worst losses so far, this year, is that Steve Marriott who died in a fire at his home in Essex April 20, 1991. For those unaware, Steve was the front man for the highly successful 60’s Mod Band, The Small Faces, which had several hits such as ‘Tin Soldier’, ‘All or Nothing’ and ‘Itchycoo Park’, a psychedelic song about a park in East London. A far cry from that of San Francisco!

I was lucky enough to see Steve Marriott in action at the Half Moon, Putney. He was truly inspirational, a master, the governor. Just before Steve passed away,  he joined up again with his former Humble Pie buddy, Peter Frampton for a series of demos but unfortunately, the result will never be heard.

Steve, to me and others, you will continue to be an inspiration and always be my little tin soldier.