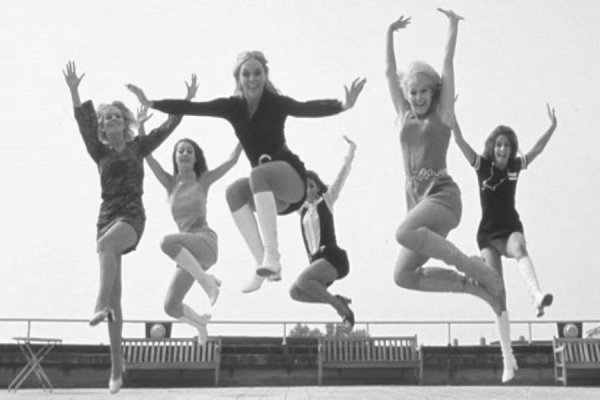 In the years prior to music videos, live TV programs had a problem when artists were unable to appear. The viewers needed something to take their visual attention while the record was being played and producers decided to use ‘Go Go Girl’ dancers fashionably dressed in mini-skirts and high boots. In the UK, Top of the Pops (BBC 1) was the premier pop chart program and used a girl dance troupe called The Go-Jos, They were formed by Jo Cook in 1964 and she also was the choreographer.

Over their tenure on TOTPs, the line-up changed as they went from three to six and at one point a solo effort by Jo Cook. The line-up included: Pat Hughes who left in 1965 then rejoined in 1967), Linda Hotchkin, Jane Bartlett, Lesley Larbey, Wendy Hillhouse, Barbara von der Heyde, Thelma Bignell, Lesley Judd, and Lesley Larbey. Jo Cook finally quit the troupe in 1965 to focus on choreography and a new injection of dancers came in 1968 when the group was expanded to six. The Go-Jos featured on TOTPs from 1964 until 1968 but was finally replaced with Pan's People. The Go-Jos also guested on other programs in one format or another, they featured on the Val Doonican Show, The Goodies, and The Morecambe and Wise Show. The Go-Jos finally disbanded in 1971. 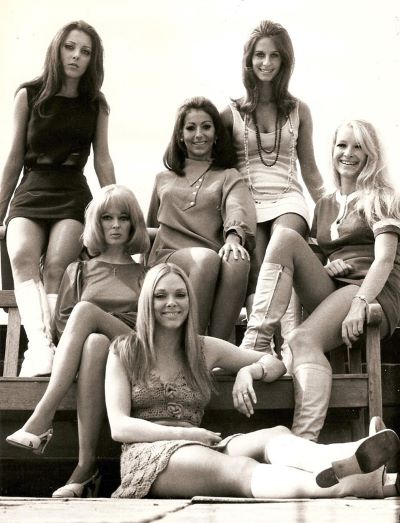 In 1968 Pan’s People replaced The Go Jos on Top of the Pops. The new troupe originally was choreographed by Virginia Mason, the line-up was Felicity "Flick" Colby, Patricia "Dee Dee" Wilde, and Barbara "Babs" Lord. Later Louise Clarke, Andrea 'Andi' Rutherford, and Ruth Pearson joined Pan's People. Pan’s People were not regulars on the program for the first 18 months, but following massive fan mail and extremely high viewing figures, they became stars in their own right and regulars on the show. Despite their status, they were paid the minimum equity rate of £56 per week. The average weekly wage then was £138. TOTPs was extended to 45 minutes and the group appeared weekly and were credited at the end of the program. They also appeared in the opening titles as a group. 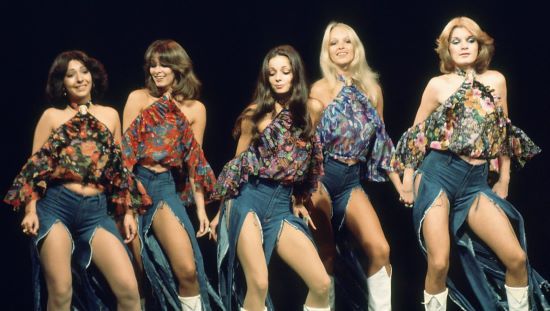 Flip Colby worked to a tight schedule preparing each routine as the weekly pop chart was published on a Tuesday and Top of the Pops was recorded on Wednesdays. They rehearsed three days a week and rehearsals ended with a run-through a few hours before the show on Wednesday. Problems could occur when the group rehearsed an intricate routine only to learn just before the show that the song had dropped out of the charts.

In 1974, Pan's People released a double A-side single You Can Really Rock and Roll Me / The Singer Not the Song with Andi Gillespie as lead vocalist. It failed to chart but after Pan's People danced at some Jethro Tull’s London gigs, Ian Anderson composed Pan Dance for them.

In 1976, Lesley Judd (Blue Peter) temporarily became a member of the group for a one-off routine. Pan's People also became a popular addition to many other TV variety shows and also featured in the Pathé film Jetaway Getaway (1966). The final performance of Pan’s People on Top of the Pops was dancing to Silver Star by The Four Seasons in 1976. The end of Pan's People went otherwise unmentioned on the show. 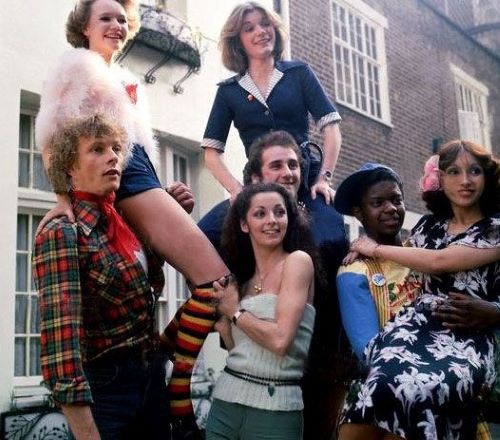 In 1976, Pan’s People were replaced by Ruby Flipper (named after the two originators i.e. Ruth Pearson + Flick Colby ), a new seven-piece troupe with three males and four females, choreographed by Flip Colby. On Top of the Pops, Sue Menhenick and Cherry Gillespie (from Pan’s People) started the performance on their own, were then joined by the Gavin Trace, Floyd Pearce, and Phil Steggles (Phillip Haigh); with Lulu Cartwright and Patti Hammond. Flip Colby viewed the multi-racial, gender-mixed group as an opportunity to develop more physical routines including lifts. However, after Cherry Gillespie and Gavin Trace left followed by poor viewer reception and pressure from Billy Cotton Jnr., the then Head of Light Entertainment, Ruby Flipper were quickly replaced by

Flip Colby was asked to form Legs & Co in 1976. The original line-up included Sue Menhenick, Lulu Cartwright, and Patti Hammond from Ruby Flipper, with newcomers, Rosie Hetherington, Gill Clarke, and Pauline Peters making up the six. Sometimes male dancers, like Pearce were brought in. They were introduced to the television audience as the "Top of the Pops" dancers. Viewers were then invited to suggest names for the dance troupe via a competition promoted on Top of the Pops, and on the BBC children's program Blue Peter. Elaine Coombes came up with the name "Legs & Co." and won the competition. 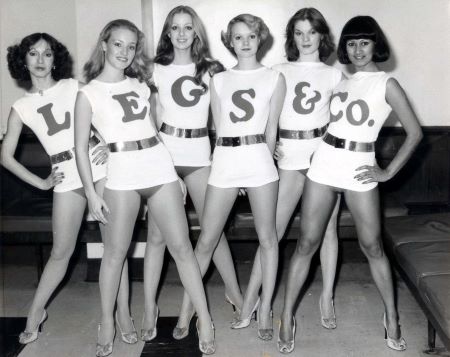 Legs & Vo were in heavy demand and not only had they a punishing schedule to complete each week for Top of the Pops, but they often rehearsed and performed up to three cabaret performances each week. Pauline Peters left the group in 1981 and was replaced by Anita Chellamah. The introduction of music videos meant producers found it easier to use than include a live routine. Gradually Legs & Co were relegated to backing dancers.

When their Top of the Pops tenure came to an end in 1981, the group with new members, and a full cabaret act, continued for four further years on tour, performing at corporate events, and appearing in commercial videos. In 1983, the remaining members of the group were renamed Smax.

Flip Colby wanted to work more with male dancers and when the tenure of Legs & Co came in 1981, they were replaced by Zoo, on Top of the Pops. A repertory dance group of ten males and ten females made up the troupe and Flip Colby, now credited as "Dance Director", selected who would appear as Zoo, each week. Zoo had a more shifting and diverse line-up than previous troupes, with members from a range of different dance and movement backgrounds including ballet, circus, and club. Moving away from the synchronized appearance of previous troupes the dancers chose their own clothes. Zoo would only feature once a month on TOTP as the show chose to broadcast a band or artist's video if they were unable to commit to a studio appearance. The end of Zoo’s tenure came in 1983 and the program producers' did not replace them. Instead, a varying line-up of dancers was invited to appear on the program. When the producers decided to highlight the audience dancing the professional dancers or cheerleaders were regularly seen among the audience. 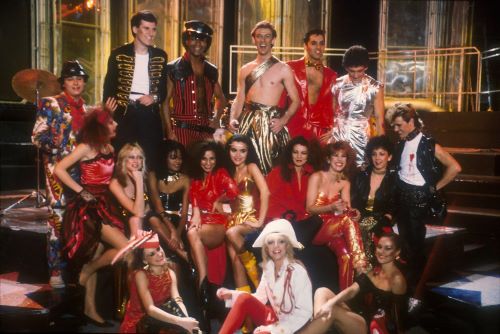 Sue Menhenick was the second-longest serving dancer on the program, after Ruth Pearson, and probably made more appearances than any other dancer. Sue had been a member of four different dance troupes in her time on TOTP.