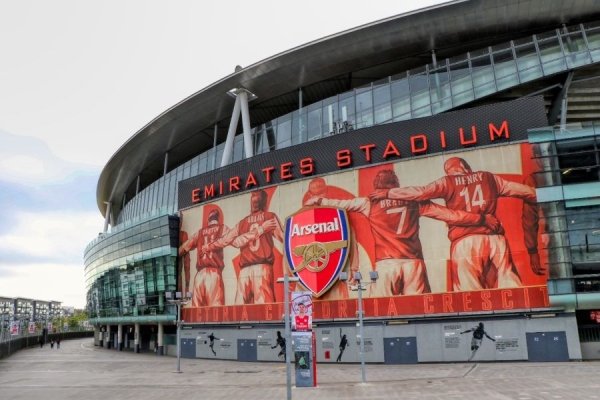 Arsenal booked their place in the League Cup semi-final with a dominant display against Sunderland last month.

The 5-1 win established the difference in standard between Premier League and lower down the pyramid as we saw a plethora of young talent combined with members of the first team easily dispatch the League One outfit.

Victory ensured Arsenal would be within a chance of picking up another trophy under Mikel Arteta, and while they haven’t been at their best domestically, they could still upset the football odds from Paddy Power and win silverware this season. Their performances in the League Cup have certainly been impressive, with wins against Wimbledon and Leeds eye catching to say the least. There is still plenty of work to do though if Arteta’s men are to pick up the trophy at Wembley come February.

The Gunners' best hopes may well lie in beating Liverpool, who required penalties to see off Leicester City in the quarter-finals. Brendan Rodgers took his team, who had admittedly struggled throughout the first half of the season, to a boisterous Anfield and cruised into a 3-1 lead against a weakened Liverpool side, who were clearly resting ahead of a busy schedule.

However, Jurgen Klopp made some crucial changes at the break, introducing Diogo Jota, who pulled a goal back before Takumi Minamino fired his side level in the 95th minute. The game went to a penalty shootout and while the latter missed his chance to seal the game with the final spot-kick, it was the Portuguese Jota who stepped up coolly to dispatch from 12 yards and fire his side into the semi-final.

It certainly proves an interesting proposition for the Gunners, who have been plagued by inconsistency in recent weeks. Their disastrous start to the season culminated with Arteta’s job hanging perilously in the balance and while results have picked up as of late, including a respectable unbeaten run stretching throughout September and October, the Gunners have been lukewarm in weeks gone by and will really need to pick things up are they to get anything from the Reds.

Of course, victory over Liverpool sets up a showpiece event at Wembley, a ground where Arsenal have performed valiantly in recent years and face a mouth-watering final against either Chelsea, whom they beat in the 2020 FA Cup final, or Tottenham Hotspur, and have the chance to inflict more misery on their North London neighbours by preventing them ending their 14-year title drought.

While it would be nice for Gunners fans to see Arsenal in another final in the Arteta era, there is still uncertainly on whether crowds would be allowed to attend due to the new coronavirus variants. The Spaniard is massively against games being played behind closed doors and has shown his support for fans in stadiums. “It's a different sport,” He said: “Football is all about sharing it with people and having fans around the stadiums and when it is not, it is a completely different sport and the competition gets lost. It is not the same.”